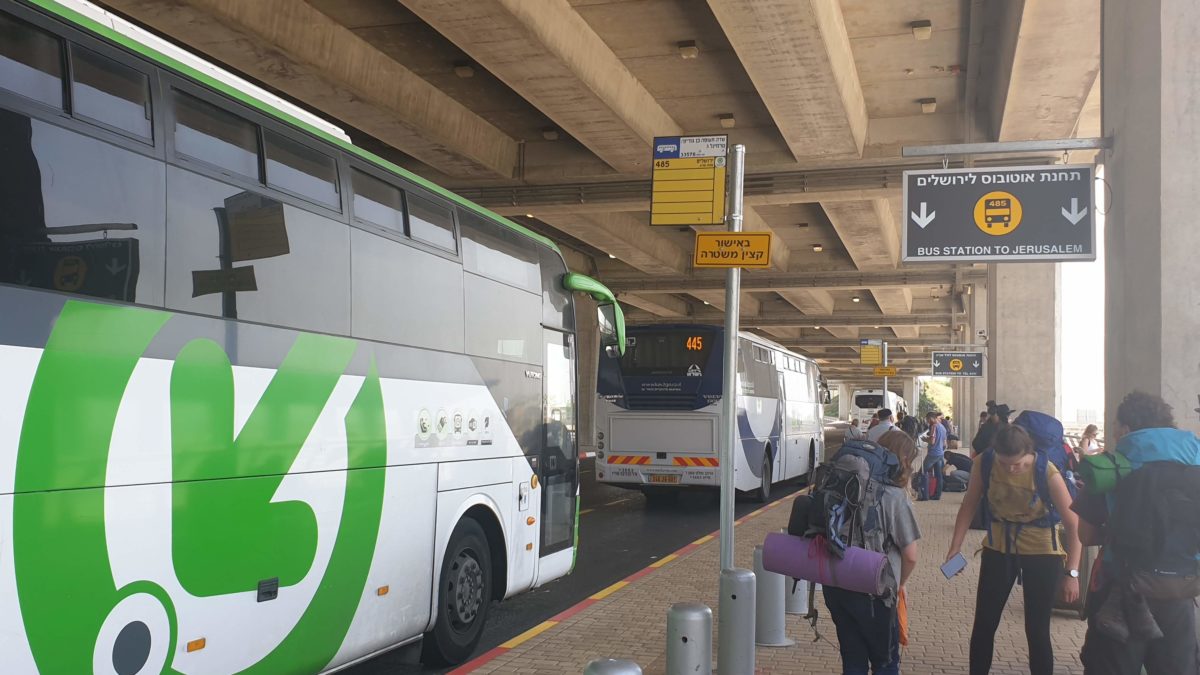 Public transportation in Israel is convenient, cheap and covers the whole country.

Ben Gurion International Airport is the main gate to the State of Israel. It’s called TLV referring to the nearby city of Tel Aviv. The main terminal is terminal 3. Most flights depart from terminal 3, and all flights land there.

Low cost flights often depart from terminal 1 which is a short bus ride (#5 bus) from the main terminal.

Before heading to your flight back, make sure which terminal you need.

When you land, just after you pass customs, you exit to a large arrival hall, and on the right side (near the ATM)  there is the Rav Kav card desk.

The station is located on the ground floor (G) of terminal 3.

Express bus to and from Jerusalem

The bus stops at the Jerusalem Central Bus Station, and has a few more stops afterwards.The bus stops also at terminal 1, so if you’re staying in Jerusalem and flying back from terminal 1- take this bus and NOT the train. 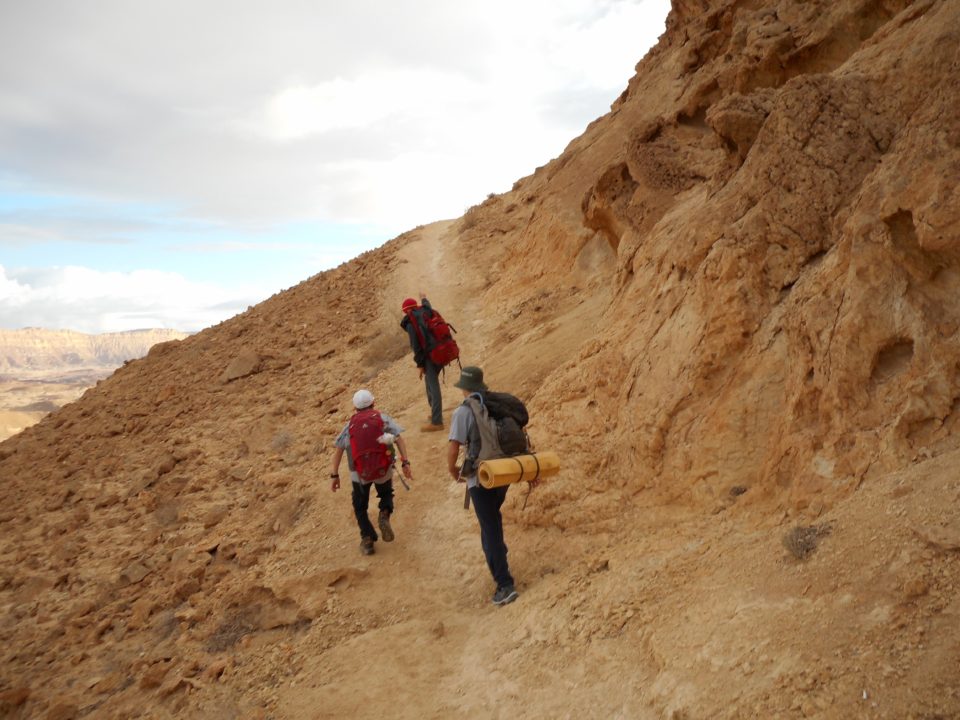 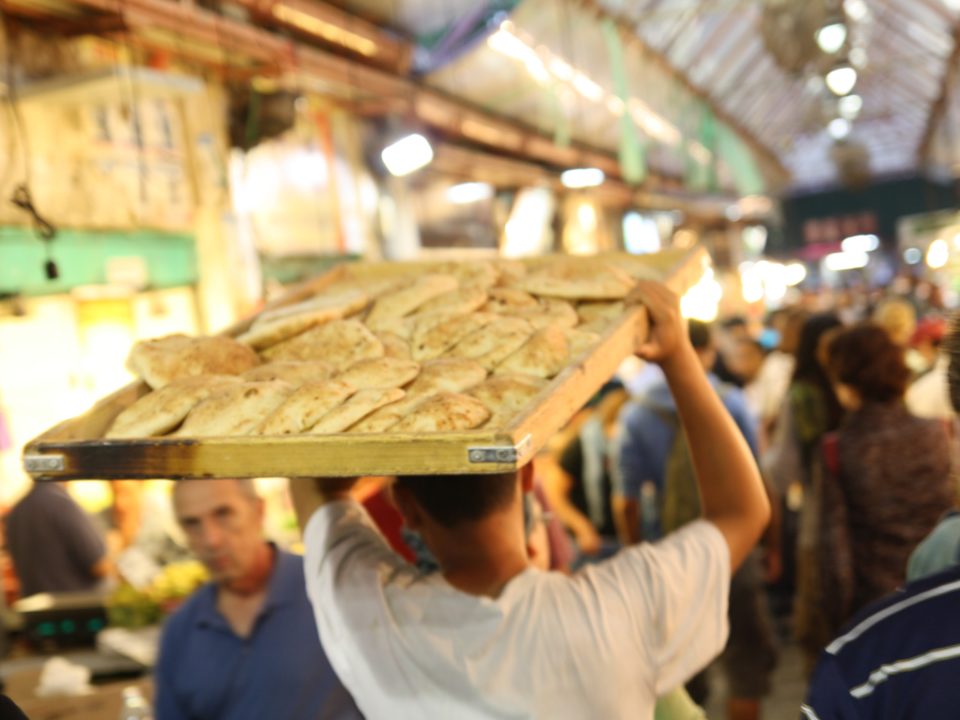 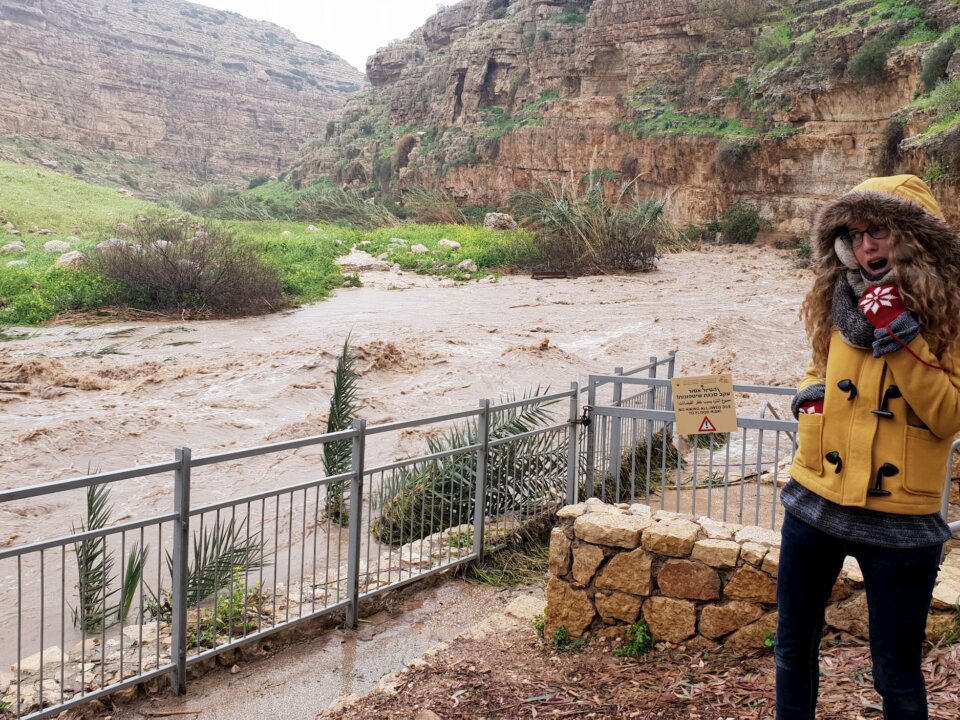